Looking for the best country to study English in 2021? Check out our latest blog to see why Ireland could be the perfect choice for you this summer!

It’s 2021 and we’re finally beginning to see the return of normality, which means you still have the chance to study abroad this year! For those of you wanting to learn English, we’re here to tell you why you should choose Ireland as your campus away from home. So, without further ado, let’s begin!

Now, before we get into the more exciting details about your future student life in Ireland, let’s talk about the most important aspect of studying abroad: the studying.

In many circles, Irish education tends to be largely overshadowed by its two neighboring cousins: the UK and Scotland. While it’s true that both of these countries possess a world quality level of education, Ireland is not the black sheep in this geographical family!

Education in Ireland is a point of pride for many in the country, with many ranking Ireland as one of the highest quality educational systems in Europe. On top of its impressive educational system, there’s a strong tradition of teaching in the country; with the country performing higher than almost every other European country in terms of students graduating from higher education.

We could continue throwing numbers at you, but they all essentially boil down to the same thing: Irish schools are able to reliably produce educated graduates, while still being considered on-par with many of the best schools across the world.

The Irish people are ready to welcome you!

So, we’ve established that Ireland has a great school system, but what about the students themselves? Anyone who has set foot into a school knows that even the best school experience can be ruined if your classmates aren’t welcoming to you when you join…

Luckily, this isn’t the case in Ireland!

The Irish have garnered a reputation of being great hosts, both to their neighbors and strangers alike. Many believe that this originates from the very beginning of Irish civilization, in which hospitality was enforced by law. It was mandated that every citizen was obligated to invite passing travelers into their home for food and refreshment or face the consequences!

While these draconian laws have thankfully faded into history, the idea and culture of hospitality have been passed through the generations. Today anyone wanting to visit Ireland can expect a warm and generous welcome

This warm attitude towards travelers will come in handy when you decide to take to the roads and travel the country, but what is there to see?

…Apparently, quite a lot!

Did you know that Ireland is known by many as “Emerald Isle”? This term was first coined in the 1700’s by Irish poet William Drennan and just one look at the picture above should tell you why.

Ireland is blessed with vast, lusciously green fields from head to toe; giving the countryside a vibrant color that Drennan (and many after him) likened to this precious gemstone.

When a country possesses so much beautiful scenery from just its empty space, you could assume that the actual sightseeing is jaw-dropping…

…And you would be right!

Ireland hosts a huge amount of natural beauty, a perfect example pictured above is the Giant’s Causeway: a rock formation borne from volcanic activity that looks like it was carved by the giants themselves!

If geological masterpieces aren’t your thing, Ireland also hosts a stunning coastline of pristine, sandy beaches, many of which are perfect for fishing, surfing and (for the brave!) swimming. The scenery of Ireland has even been noticed by the creators of the popular series, Game of Thrones which filmed in a number of locations throughout the country.

The creators of Game of Thrones are perhaps the most recent, note-worthy artists to be inspired by Ireland’s beauty, but they were far from the first! That’s why Ireland can boast…

Perhaps because of its awe-inspiring natural beauty, Ireland has produced a huge amount of note-worthy authors and poets, including no-less than 4 Nobel prize winning authors! This Irish literary tradition is one that dates back untold thousands of years and the country can boast some huge names in the literary world, including George Bernard Shaw and Oscar Wilde.

Literature is the cornerstone to both language and culture, so where better to study English than in a country that values literature so highly?

There are many points throughout this article that show how much you can enjoy Ireland and how much you will learn, but none of it can truly paint a picture of how your student life will actually look like. So, let’s try to do that now:

Did you know that Ireland hosts the youngest population of all of Europe? Ireland can also boast the largest English-speaking population in Europe (including England itself!) and is expecting to welcome a huge boost of international students in 2021?

All of these facts add up to create the perfect society in which to study English. With Ireland’s predominately young, English-speaking population, you are almost guaranteed to make a lot of Native English-speaking friends.  There is no better way of seeing a country and learning a language than by making friends in the country and Irish society will make sure you have the best chance to do so.

Learning English in Ireland isn’t just about sitting in a classroom. It’s about taking road trips across the emerald countryside to see the Giant’s Causeway; it’s about chatting and singing the night away in a lively Dublin pub or getting lost in a Donegal bookshop. Overall, learning English in Ireland can be all of these experiences and more, it’s up to you to decide when you want to begin!

Are you ready to start the experience of a lifetime in Ireland? 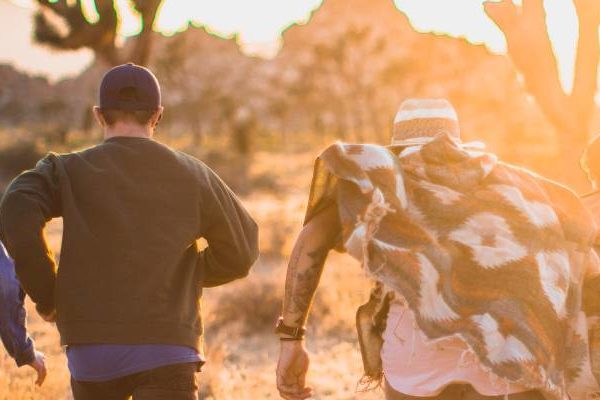