Which are the world’s most endangered languages?

If a tree falls in a forest and no one is around to hear it, does it make a sound? The point of this popular philosophical question is that sound needs to be perceived by someone in order to actually qualify as a sound. If we extend this metaphor to language, what happens when the living number of speakers of any given language dwindles down to single digits? What’s the point of a language if you have no one to speak it with? 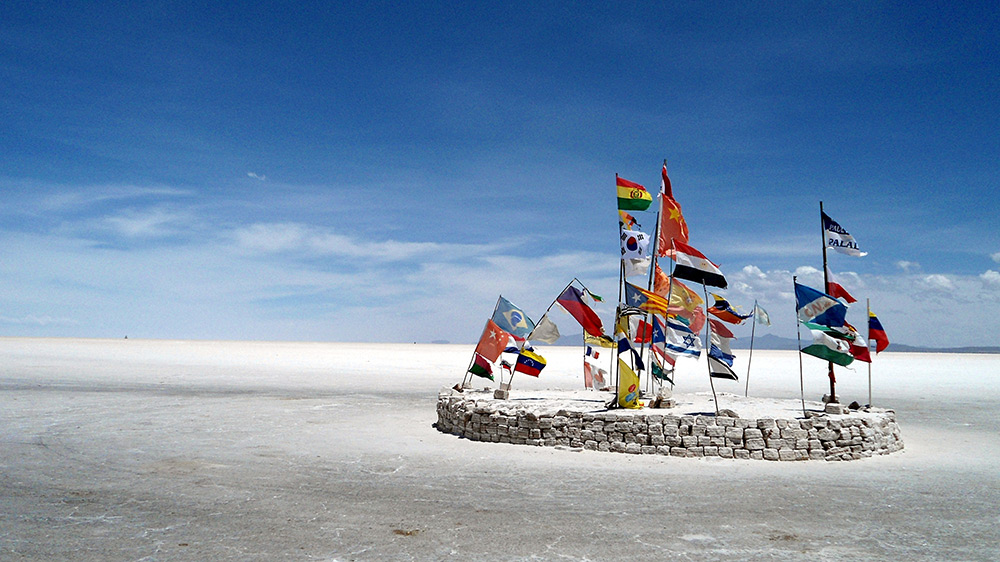 One world, thousands of languages

If you had to guess, how many world languages would you say exist? We know that there are 195 countries in the world, according to the United Nations, and most may be able to identify rather quickly the world’s most-spoken languages (Chinese, followed by Spanish and then English). With that in mind, what number would you guess?

There are currently over 7,000 languages spoken in the world – a mind-blowing amount if you consider that the UN has a mere six official languages (Arabic, Chinese, English, French, Russian and Spanish). Look to just one country, however, and you’ll find that in Papua New Guinea, a relatively small island chain, more than 850 languages are spoken. So how did we get here?

The extreme number of languages is explained in Judaism and Christianity with the Tower of Babel story, in which God punishes mankind for building a tower to heaven by forcing them each speak a different language and then scattering them across the globe. Religious mythology aside, the stark reality is that out of the more than 7,000 languages recognised today, more than 2,000 of them are in danger. 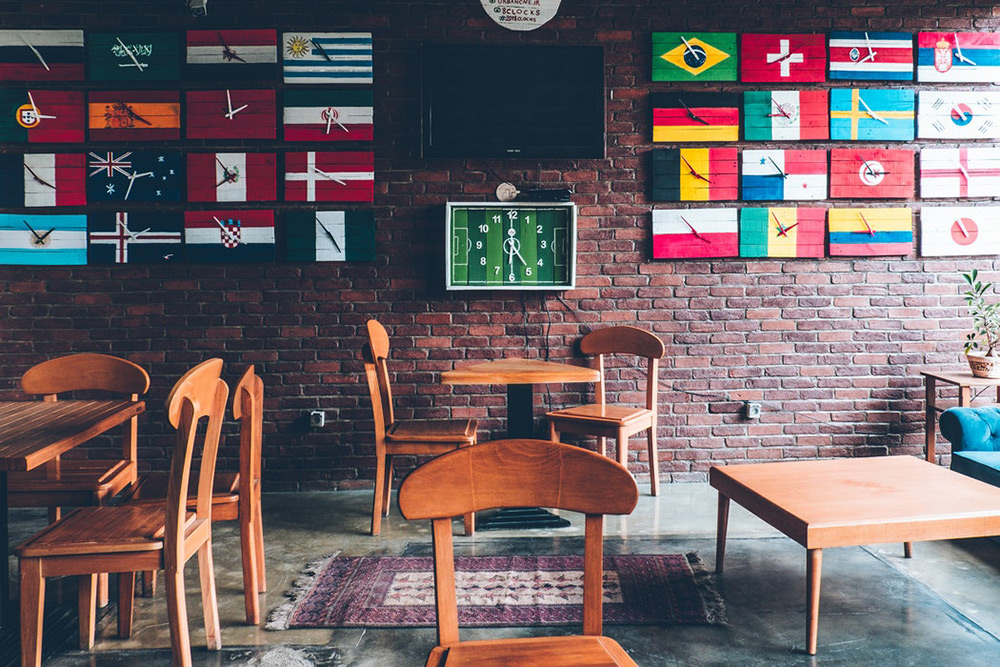 Determining the degree of endangered languages

The most detailed information regarding world languages can be found through UNESCO, who classifies endangered languages based on defined Language Vitality and Endangerment framework. Starting with “safe” and ending with “extinct”, there are four intermediate categories to rank how in danger a language actually is.

With all the degrees on UNESCO’s scale, the level of endangerment has much to do with the age of the speakers. Languages that are considered “vulnerable” are spoken by adult generations as well as children, although children speak the languages mostly at home as opposed to in school or in formal settings. An example of vulnerable language would be Sicilian, spoken on the island just off the toe of Italy’s “boot”, which is no longer taught in schools.

Languages which are “definitely endangered” are no longer picked up by children as their native language in the home, as parents defer to the more commonly spoken main language when conversing with their children. This is largely due to the overwhelming influence of the region’s more widely spoken language, like speaking Spanish rather than the indigenous language of Mapuche in Chile.

The examples may surprise you: Yiddish (which uses the Hebrew alphabet but is in fact distinct from the more modern Hebrew language); Lombard and Ligurian from northern Italy; from France, Alpine Provençal and Franco-Provençal as well as Corsican; Scottish Gaelic and even Irish.

While the number of speakers may not seem so low, the fact that children are largely no longer learning these languages as their mother tongues is more than worrisome, if not irreversible.

To explain the significance of a “severely endangered” language, we turn once again to analysing family generations. This degree of endangerment means that not only are children neither speaking nor learning the language, but also that their parents may merely understand it rather than speak it themselves. That leaves only the generation of grandparents as the keepers of the language.

For a language to be “critically endangered”, speakers are only found in the grandparents’ generation and may not have a full grasp of the language or even speak it very often. This is the last stage before a language becomes actually extinct.

The Hawaiian language, for example, despite being an official state language, is critically endangered, largely due to the widespread use of Hawaiian Pidgin, an unofficial creole language combining English and Hawaiian.

Travelling across the globe to South Africa, you’ll find Korana, where the only woman who claims it as her mother tongue allegedly refuses to speak it with outsiders, including linguists.

Over in Greece and Turkey, mobile phones have been blamed for the disappearance of the whistling languages created by shepherds. The need to communicate over long distances by whistling is now seen as obsolete by the younger generations, as calling and texting is now possible.

In Brazil, a remote Amazon tribe speaks the critically endangered language of Tariana, which is becoming extinct at an alarming rate due to the tribe’s belief that everyone who speaks the language is part of a family, so they therefore must marry and start their new families with people of other native tongues.

Then there’s the curious case of Ayapaneco. Spoken in the Tabasco region of Mexico, the Vodafone company took it upon themselves to save the language from extinction. The remaining Ayapaneco speakers, two elderly old men, refused to speak to each other until Vodafone brokered a peace treaty between the two by bringing in a renowned linguist to act as a mediator and by opening an Ayapaneco language school named after the two men.

The story, while a lovely one, turned out to be a marketing stunt and almost completely fabricated. Today there are about 15 speakers, and the school was already in place before the company arrived.

The most endangered languages

Drawing up a list of the world’s most endangered languages is a virtually impossible feat. The latest research indicates that there are roughly 20 languages spoken by only one person each, the morbid truth being that as these speakers are all quite elderly, this number is at risk of changing at all times.

To give an idea of the languages which are currently the most endangered, we’ll look at three specific cases. The first is of the Yaghan language, spoken by a people who have inhabited the southernmost tip of Chile for over 10,000 years and are survived by a woman simply known as Abuela (“Grandma”). Her real name is Cristina Calderón, and she lives in the town at the end of the world called Puerto Williams. She has even been declared a Living Human Treasure by UNESCO. Together with her sister and daughter, she published a book of children’s stories in Yaghan, which you can hear her read.

Thousands of kilometres north of Puerto Williams lies the tiny town in the Peruvian Amazon of Intuto. This village is home to a man named Amadeo García García, the last living speaker of Taushiro. Born into a tribe that lived completely off of the land and which had zero contact with the outside world, García was forced to seek out a local missionary town when disease and the elements reduced his tribe to just two: himself and his brother.

Now, as the only remaining speaker of Taushiro, García has been honoured by the Peruvian government for his contribution to culture, while local linguists work to create a Taushiro dictionary and record stories and songs. García, however, has been quoted as saying that he is well aware that, when he passes, the Taushiro language will go with him.

Even more thousands of kilometres further north, in California, Marie Wilcox has spent the last seven years of her life compiling a dictionary of her indigenous language, Wukchumni. Together with her daughter, she leads an effort to pass on her language knowledge to the younger generations but laments the fact that there is so little interest.

These are just three of the languages fighting for their lives, but each has its own story, heritage and people striving to defend it. In Taiwan, a woman named Pan Jin-yu gave lessons in her aboriginal language, Pazeh, until she passed away at age 94 in 2010. Her students may be able to decipher some of the poetry the language left behind, but will never be able to fully recover the language.

How to save endangered languages

While the outlook may seem grim, dedicated linguists and language lovers around the world are doing what they can to preserve these dying languages. UNESCO meticulously tracks and compiles data in their Atlas of the World’s Languages in Danger, while newcomer Wikitongues collects videos of native speakers talking in their language to save for posterity. If you yourself speak one of these endangered languages or know someone who does, you can record a video for Wikitongues, and if not, you can donate to the cause.

If you’re lucky enough to have any older living relatives who speak a local language or dialect, take the time to learn it from them, or if you speak one yourself, pass it along by teaching classes or showing it to your children. If you truly love languages, you can study an endangered one in the hopes of keeping the knowledge alive. It’s the only way to make sure the tree that falls in the forest makes a sound.