Giuseppe Caspar Mezzofanti was a talented chap. A priest who had finished his theological studies before reaching the minimum required age, professor of Arabic at the University of Bologna and eventually chief keeper of the Vatican library. He was also a speaker of 38 languages. Actually, 38 is a conservative estimate. People who met him suspected that he spoke many more, due to his uncanny knack for remembering and recalling words and his love of learning. Lord Byron called Mezzofanti: “A monster of languages, the Briareus of parts of speech, a walking polyglot, and more; who ought to have existed at the time of the Tower of Babel, as universal interpreter. He is, indeed, a marvel unassuming also.” And he never even left Italy! So, what’s his story? 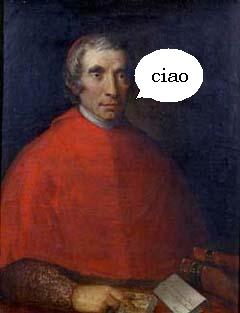 Mezzofanti was born in Bologna, Italy, in 1774, the son of a carpenter. The first indication of his unusual talents came when, assisting in his father’s workshop, he overheard an old priest in a neighbouring building giving classes in Ancient Greek and Latin. Without ever having seen a Greek or Latin book, the young Mezzofanti remembered the words perfectly. This news soon made it to the old priest who took Mezzofanti under his wing. The young man’s path changed forever. After being sent to Scuole Pie (Church School), Mezzofanti met Spanish, Mexican and Guatamalan Jesuit priests who had been exiled from Spain. He soon picked up their language alongside Latin, Greek, Arabic, Hebrew, German, French and smatterings of others that the priests had learnt on their travels. As a young priest, it’s said that Mezzofanti was given a folio volume of the works of St. John Chrysostom and, after a single reading, could recite a page of the treatise “De Sacerdotio” word for word in the original Greek. Naturally, news of these unique abilities started to spread across Italy.

At the age of 24, Mezzofanti was appointed professor of Arabic at Bologna University and shortly afterwards ordained as a priest. This happy arrangement didn’t last for long. After Napoleon’s army marched into northern Italy, peace only returned with the creation of the Cisalpine Republic to which the loyal priest refused to swear allegiance. He was promptly sacked from his position at the university. So what does a talented linguist do when faced with a career crisis? Much the same in the eighteenth century as today… Mezzofanti started offering private language tuition to wealthy families. When the Austrians forced Napoleon out of Bologna, Mezzofanti conversed with troops at the hospital where he was by then working. His love of learning languages was well nourished by the troops from all corners of Europe, from whom he learnt Hungarian, Polish, Czech, Gypsy, German dialects and Russian among others. 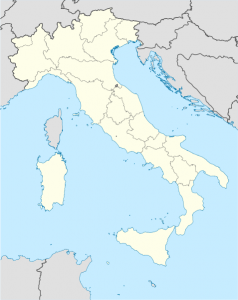 By 1807, word of Mezzofanti’s talent had spread far beyond the borders of Italy. One particularly well known episode took place when he was called to confess two foreigners condemned for piracy. His first attempt failed when, upon entering their cell, he found that they couldn’t understand a word he said. Unwilling to send them to the next life without a few words from God, the priest returned to his room, spent the night learning their language and returned to confess them in their own tongue the next day! Learning languages to carry out confession became a kind of party trick and Mezzofanti was said to have learned a little of many languages that way, including Sicilian dialect for the maid of a visitor in Bologna. At this point, it’s worth mentioning the Cardinal’s study techniques and lifestyle. Here are a couple of reported facts:

As Mezzofanti’s reputation spread, he became a fixture in high society. He was invited to live in Paris (he declined), met nobility from all over Europe and beyond, conversing with each nobleman in their own language, and ended becoming a cardinal in Rome after a rebellion in Bologna forced him south. The pope allegedly said that Mezzofanti’s arrival in Rome was the only good thing to come of the rebellion!

He continued throughout his life to acquire languages throughout his life and is said to have spoken 38 languages fluently: Ancient Armenian, Modern Armenian, Persian, Turkish, Allmnese, Maltese, Hebrew, Rabbinical Hebrew, Arabic, Cbaiaee, Coptic, Greek, Romaic, Latin, Italian, Spanish, Portuguese, French, Illyrian, Russian, Polish, German, Swedish, Danish, Dutch, English, Czechish (or Bohemian), Magyar, Chinese, Svriac, Amarinna, G’eez, Guzarattee, Hindustani, Basque, Wallachian, Calitornian and Algonquin. But in addition to these, he was known to speak or read many more without claiming fluency. These include languages as diverse as Quechua and Cornish! Cardinal Mezzofanti lived out his last years peacefully in Rome and died in 1849, having come a long way from his humble beginnings in Bologna. His last words were in Italian: “Andiamo, andiamo, presto in Paradiso!” which translates roughly as, “Let’s go, let’s go… soon in paradise!”

What can we learn from Giuseppe Mezzofanti?

The cardinal had a natural talent for languages but that was not how he came to speak so many so fluently. Many who met him commented on how much pleasure he took in languages and conversing with people from all over the world. These qualities are still really important for anyone who wants to learn a language. Take pleasure in learning and, most importantly, get out there and practise with other people!

You can find out more about Giuseppe Mezzofanti here. Or find out about our Italian courses in Italy.