How did English become the world’s most spoken language?

Home » Talen leren » How did English become the world’s most spoken language?

Five hundred years ago, between five and seven million people spoke English, almost all of them living in the British Isles. Now, anywhere up to 1.8 billion people around the world speak English, it’s no wonder why so many students choose to study English abroad!

How did this happen?

After developing for almost a millennium on the British Isles, English was taken around the world by the sailors, soldiers, pilgrims, traders and missionaries of the British Empire. By the time anything resembling a language policy was introduced, English had already reached all corners of the globe.

For example, English-speaking puritans were not the only Europeans to arrive in North America: Spanish, French, Dutch and German were also widely spoken. All of the languages were reinforced by waves of immigration from Europe in the following centuries.

But in the process of designing a “United” States, the USA’s founders knew the importance of language for national identity. English was the majority language and had to be encouraged. As recently as the start of the 20th Century, several states banned the teaching of foreign languages in private schools and homes. The U.S. Supreme Court only struck down restrictions on private language education in 1923.

Even today, English is not the official language of the USA, but there is no question that it is the dominant language in practice.

And it wasn’t just America that said “hello” to English. At one point in the early twentieth century, the British Empire expanded across almost a quarter of the world’s surface, not including the USA. According to a popular saying, “the sun never set on the British Empire”.

Nowadays, the sun has set on the empire, but English remains an important language in every single former colony.

Gone but not forgotten 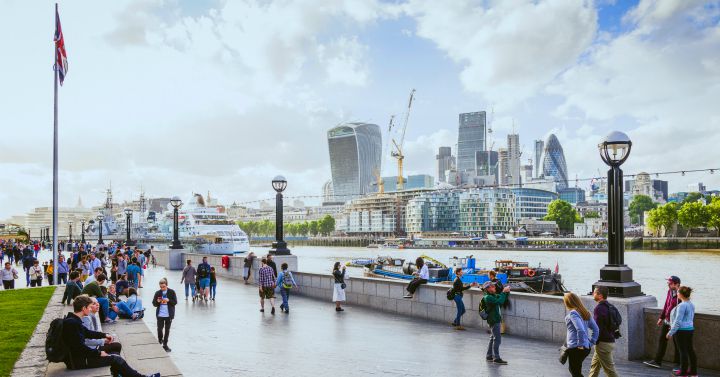 In most of the British Empire, the main goal was trade so fewer Britons actually settled. This explains why English did not come to dominate colonies in Asia and Africa, where it was the language of business, administration and education, but not the language of the people.

To this day, English has a key administrative role in these former colonies. For a long time, access to English meant access to education, whether in the mission schools in Africa or the first universities in India. This created an English-speaking elite in some of the world’s most populous countries, and elites are good at self-preservation.

Post-independence, many countries became officially multilingual for the first time, but the various groups needed a language for communication with each other and with other nations. Again, that was English. English is now the dominant or official language in 75 territories: a direct legacy of the British Empire.

In countries where large settler colonies were formed, such as Australia, Canada and the USA, native languages and cultures have been pushed to near-extinction by the presence of English.

It was not the first language of European colonialism; Portuguese and Dutch left the continent earlier. And, as recently as the 19th century, English wasn’t the world’s lingua franca (as the term suggests, French was the number one language of international communication). So something must have happened more recently to give the language its unique international status.

Without the rise of the USA in the 20th Century, the world’s language landscape would look very different.

Two world wars and the rise of the USA 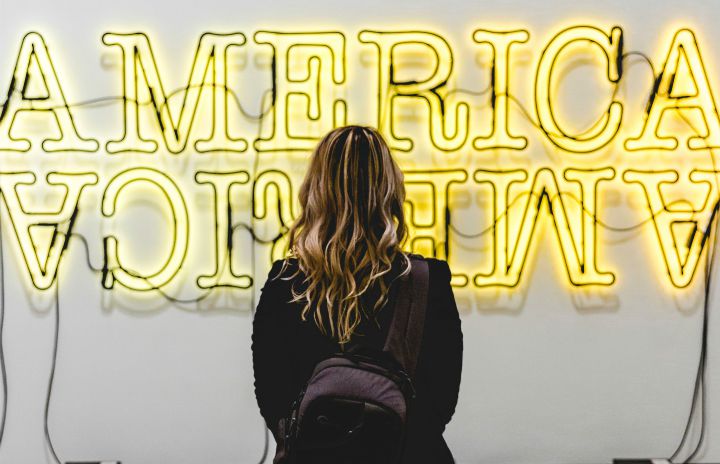 While Europe was rebuilding in the years after 1945, the USA boomed. American businesses picked up where the British East India Company had left off centuries before, taking English around the world as a language of trade. The influence of American business, combined with the tradition of English left around the world by the British Empire, have made English the number one language of international trade in the 21st Century. All of the world’s top business schools now teach in English.

But the cultural legacy of the post-war decades is also very important to the growth of English as a world language.

As well as sending money across the Atlantic, the USA provided the soundtrack through rock and roll, jazz and, later, disco and hip hop. Hollywood movies became global sensations and American television series became cultural reference points. American culture was everywhere, radiating confidence and success; just the things for a world that had been ravaged by war.

It wasn’t just American music that brought English into the world’s discotheques and homes. British bands including the Beatles, the Rolling Stones, Queen, Pink Floyd, the Police or Led Zeppelin ensured that Britannia ruled the airwaves, if not the waves.

The hippy movement came from San Francisco and London. Music festivals including the Isle of Wight and Woodstock became iconic for a whole generation, whether English speakers or not.

Advertisers pride themselves on riding the cultural zeitgeist; creating consumer desire through making products sexy. One of the ways they do this is through using English words. Check out Der Spiegel’s German examples, Slate.fr’s French ones, and La Repubblica’s Italian ones.

Many examples of English in advertising come from multinational companies, who wish to keep their message consistent across markets, but some examples are local firms looking for that elusive element of glamour that English can bring. Of course, this happens in English too: haute couture and Eau de Toilette sound much sexier untranslated.

Bands release their work in English to reach the largest possible audience. Film-makers too. This invisible pressure to produce creative works in English adds to the cultural momentum the language developed in the second half of the Twentieth Century.

The style-conscious language of extreme sports is English: snowboarders ollie, fakie and rodeo whether they are Canadian, Swiss or Japanese.

The word “cool” itself has been assimilated into various languages.

The global power of the USA coincided with the birth of popular computing, and English is the language of the technological revolution and the internet. Consider a keyboard for example; they are designed for Latin characters, so speakers of Asian languages (particularly) use complicated techniques to enter words.

What happens inside the devices is also dominated by English. The USA remains the most innovative technological nation and, because of the language policy of the nation’s founders, English is the dominant language.

Apart from the efforts of some early colonisers, hundreds of years ago, the success of English has more to do with “pull” than “push”. People in British colonies who wanted an education would receive that education in English. Artists who want to reach the largest audience for their work can do that in English. If you want to trade internationally, you will need to speak English. And you don’t have to speak English to have a successful career, but it certainly helps.

Will English remain number one?

Some people suggest that English has become ubiquitous because it is “easy to learn” or especially flexible, but a glance backwards suggests that this is irrelevant. Despite a devilishly complex case system, Latin was Europe’s most influential language for over a thousand years (and its descendents are still going strong). People learned Latin then for the same reasons they learn English now: to get ahead in life and have access to knowledge. Yet now Latin is only spoken by priests and scholars.

Languages and borders change over time, but English is likely to remain the world’s number one language during our lifetimes.

Try it now
By Alex Hammond